7 universal emotions to learn for a higher EQ (Part 1)

You might have heard of the famous Disney animated movie Inside Out awarded the 2016 Oscar as the Best Animated Feature Film. In an animated film made for young audiences, it is easy for us to realise different emotions expressed by the characters, especially Riley. But this film is a very simplified version of our lives. Emotions are hard to identify, even to the person feeling them. So, how can we detect the other's feelings when interacting with us? Knowing this, we can find it easier to improve our own Emotional Intelligence. 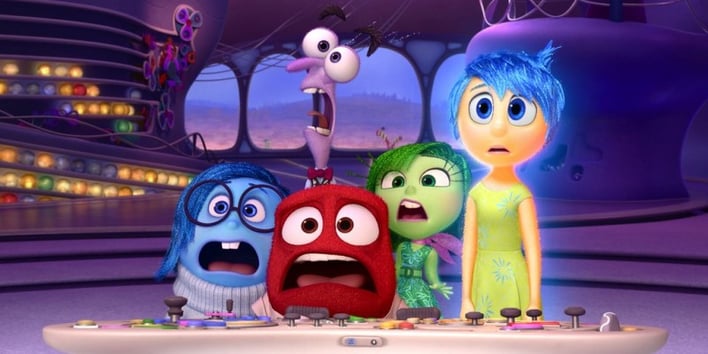 When learning how to “read” body language become popular, people will practice turning their negative postures into positive ones. For example, they stop crossing their arms (because it usually represents a defensive stance) and start steepling (touching the tips of the fingers to make a pyramid – showing agreement and approval).

However, unlike body language, it is very hard to control small facial muscles in a very short time. In most situations, these emotions flash on your face without you knowing it. So if you don’t pay enough attention, it is very easy to miss this crucial information.

Before setting off on our journey of human’s 7 universal emotions, we need to know our own. Look into the mirror and try to imitate the described expressions. This is not an easy task but very important and essential! When the expression starts to form on your face, you will feel the corresponding emotion seep in. If you feel familiar with a specific emotion, you know it is shown on your face more often than not.

In the book Emotions Revealed (2003), Dr. Paul Ekman has named 7 (not 5!) universal emotions which are the basis of all human’s actions and behaviours. These emotions reveal the true feelings of people and help you avoid negative, or even dangerous situations.

One of the easiest expressions to notice of Anger is frowning. You will see this expression in a person if you have just said or done something they consider insulting. 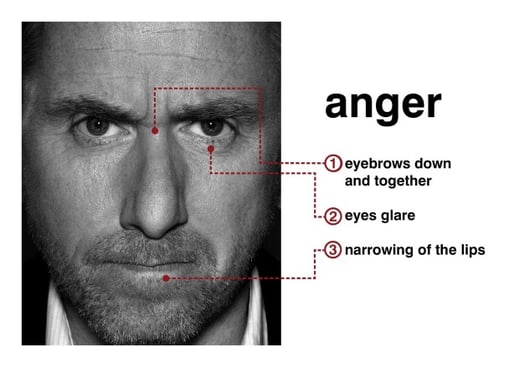 However, this expression is fleeting and very easy to miss. In this situation, you shouldn’t brush it off and pretend that nothing happens. You must figure out the reasons that make them show such expressions and make it clear that you meant no harm to them. Apologise if you have unconsciously made them feel threatened or pressured.

People usually show the expression of Disgust when coming into contact with an object (image, sound, smell, physical object, etc.) that makes them feel so uncomfortable that they only want to run away. 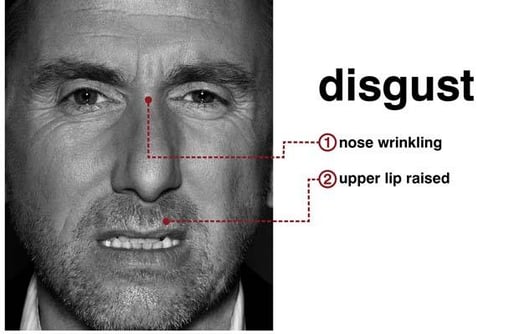 Some people are more sensitive and easier to feel disgusted than others. Each person has a certain level of tolerance for disgust.

This universal emotion acts as a protective measure from diseases or possibly contagious objects. It leads people to avoid anything that may make them sick without considering whether it is really harmful. Therefore, you need to be very careful and selective in what you show to other people, especially if the images themselves are easily linked to diseases and unhygienic objects.

This emotion takes place when people are confronted with something dangerous or threatening. 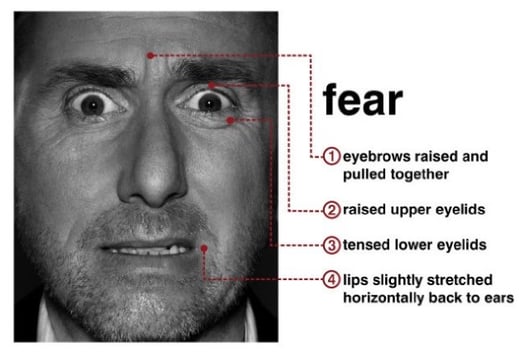 Different from Anger, Fear is the option “flight” in the response “fight or flight”. Fear may inhibit a person from telling the truth or taking action. They may choose to hide their true feelings and opinions by making excuses or letting others take over.

It is recommended to try to figure out the real reasons behind this emotion, but only if you have established a connection with this person.

Showing one’s fear to strangers is not natural to humans. But no matter what, you should assure that you have no intention to harm or threaten them, clearly explain your message and at the same time, actively listen and calm them down. You should lower your voice when speaking and get rid of such gestures as pointing directly to the person or slamming the table.

Those are the 3 out of 7 universal emotions suggested by scientists. You can read the remainder of the blog here as well as recommendations from TRG Talent regarding improving your emotional intelligence.