Citrix: Virtual Desktops About to Become Cheaper Than Physical Ones

Citrix says it's driven down costs to the point that next year it will be cheaper to deploy virtual desktops than traditional desktops. Helping to drive down costs is a new system-on-a-chip the company has designed called HDX and that it says will be produced by Texas Instruments and put into commercial devices by NComputing as well as other partners to be named. 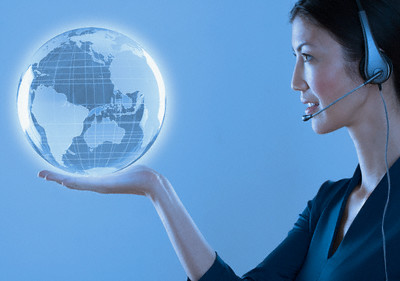 Helping to drive down costs is a new system-on-a-chip the company has designed called HDX and that it says will be produced by Texas Instruments and put into commercial devices by NComputing as well as other partners to be named.

The price of the zero-client device will be less than $100, says Wes Wasson the company's chief marketing officer, who was speaking in advance of the formal announcement today at the Citrix Synergy conference in Barcelona.

He says that the reference design Citrix has come up with for the chip could be implemented in a variety of devices including zero-client boxes the size of cigarette packages, monitors, keyboards and cable TV set-top boxes.

These smaller devices could find places in hospitals where they could be deployed on carts moved room-to-room or on factory floors.

The chip would offer hardware assistance optimized for virtual desktops to make optimal use of bandwidth and to boost performance. The chip would replace other individual chips that otherwise are compiled on a motherboard at greater cost, Wasson says.

The company is also announcing that it is adding data sharing to its GoToMeeting collaboration service. Technology for the new feature comes from its ShareFile technology. This includes what Citrix calls Follow-me Data Fabric, in which the service enables a range of devices, including mobile devices, to search, share, sync, send, encrypt and remote-wipe data.

The company is also announcing the addition of WAN optimization to its CloudBridge gear that connects data centers to cloud-based infrastructure-as-a-service networks. So when data centers tap public clouds for more computing resources, the traffic between them and the cloud is optimized to use less bandwidth and be more responsive.

Cut down on costs and still ensure efficiency? Citrix XenDesktop provided by TRG International is the right name. Read more about it here.