Do you encounter these issues when you set corporate targets?

Corporate targets are frequently used as a motivational technique. Specific and achievable corporate targets can encourage employee to strive for success and drive sustainability performance management.

However, figuring out exactly what the right direction is and the road map to get there has become a real issue for many organisations. There are many barriers preventing the companies from setting the right and effective targets. 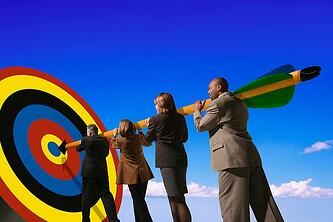 Based on a two-year study and interviews with nearly 100 people, the Cranfield School of Management has identified 10 common issues that undermine the effectiveness of corporate targets:

In order to overcome those issues and create more achievable and effective targets, companies must devote a proper amount of time to do that, although it can be difficult in a struggling economy. Need a guide to set targets?  Take a look at “How to set the right performance targets: a ten step target setting tool”– a white paper from CGMA - to discover a powerful target setting tool and learn how it can benefit your company.