In the previous post, we examined the first three biggest Excel spreadsheet failures. In this post, we will go through the remaining four examples of why spreadsheets can become a finance professional’s worst nightmare. 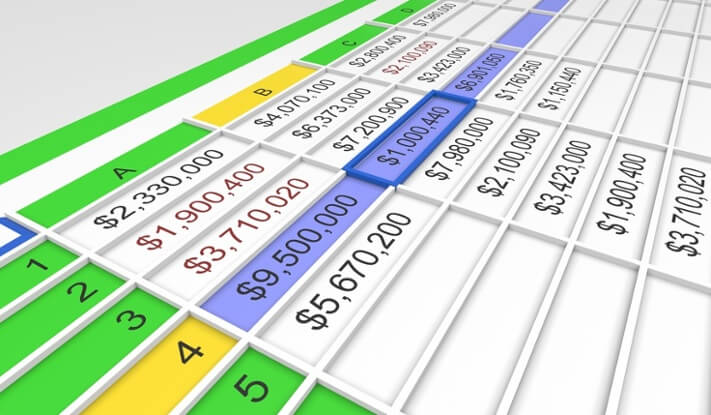 Even economists from prestigious institutions can become victims of spreadsheet mistakes, like what happened to two Harvard professors.

In a research called “Growth in a Time of Debt”, Professor Carmen Reinhart and Ken Rogoff, the former chief economist of the International Monetary Fund, argue that when a country's debt rises above 90 per cent of its GDP, the economic growth of that country slows drastically.

When the research was presented in 2010, countries around the world were still struggling with the global recession. It was quoted multiple times by renowned economists and policymakers to support their austerity policies.

Read more: It’s time to replace your spreadsheets with EPM

However, when the student Thomas Herndon attempted to replicate the finding of this research as a part of his assignment, he discovered a serious mistake. While calculating the average growth rate of 20 countries in the research, the professors forgot to include the figures of the last 5 countries.

According to the authors, this error does not change the conclusion of the research. But it does make the relationship between a high national debt level and a stagnant economic growth less obvious.

A US$1.1 billion honest mistake

Fannie Mae, a U.S. home mortgage company, in 2003 discovered a US$1.136 billion error in total shareholder equity, which is called “honest mistakes made in a spreadsheet used in the implementation of a new accounting standard."

Read more: How has Dana-Farber shortened their budget cycle by 40%?

Eastman Kodak Company in 2005 had to add US$9 million to its third-quarter loss due to a spreadsheet error. The loss after the adjustment was US$1.038 billion dollars.

According to Robert Brust, CFO of Kodak, the error was caused by just one employee when this person miscalculated the severance cost. 15,000 jobs had been cut that year as the film maker struggled with a restructuring plan to transform itself into a digital photography company.

The accounting error was traced back to one faulty spreadsheet and was called “an internal control deficiency that constitutes a material weakness” by Brust.

Read more: Why keeping a tight control of SG&A expenses may backfire

The 2012 JPMorgan Chase trading loss, also known as the London Whale incident, is probably the costliest spreadsheet mistake ever. The bank lost at least US$6.2 billion and had to pay fines of more than US$1 billion.

The London branch of the bank’s Chief Investment Office (CIO) at that time conducted a series of complex derivative trades that resulted in increasing losses. Some CIO’s executives and traders at first tried to hide the magnitude of the problem and, as the loss mounted, doubled down with even biggest offsetting bets.

Investigators later found the traders had been maintaining two sets of books. As a result, two traders were indicted by U.S. prosecutors.

One of the contributing factors to this debacle is a new VaR (Value at Risk) model that CIO was using. In addition to not being tested properly, the new model also operated through a series of Excel spreadsheets. These spreadsheets relied on manual copy and paste process to move data from one spreadsheet to another. The model is believed to have underestimated risk by half.

Please subscribe to our Blog to receive future articles or request a free demo to see an automated solution by clicking on the button below: