Cognitive biases are unintentional flaws in our ways of processing information and reaching judgements. We are all subject to some types of cognitive biases to a certain extent when making decisions.

We will further examine what types of cognitive biases can affect HR professionals doing job interviews and how they make unstructured interviews such an unreliable selection method.

Cognitive bias is the tendency to look for new information and interpret it in a way that confirms existing beliefs or conceptions.

If the interviewers hold negative opinions towards a candidate from the very beginning of the interview, they tend to spend the rest of the time finding reasons to reject that candidate and omitting positive aspects. Conversely, interviewers can easily miss red flags about a candidate if they are impressed by certain aspects, e.g., spectacular past achievements or being good-looking.

What are your strengths and weaknesses? What do you do in your pastime? Such common questions are practically useless because they are mainly used to confirm the pre-existing judgements that the interviewer has towards the interviewee. 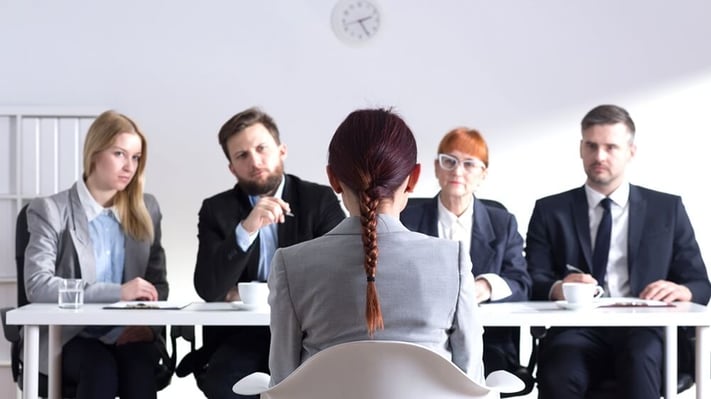 People tend to overly rely on the first piece of information they receive (called “the anchor”). This anchor subsequently dominates and skews decision making.

For instance, your friend told you about an outstanding candidate who would definitely be the best fit for your vacancy. Later you found out that the candidate did not hold a candle to all the hype, but you decided to hire the candidate anyway because the initial impression of your friend’s reference was too dominant.

This is the tendency to make decisions based predominantly on the most recent data. A typical example is when the stock market is doing very well and investors think it will always stay that way. Recency bias also helps explain why the first candidate of the day is less likely to be recruited than the other candidates.

This effect involves making inaccurate judgements based on the benchmark of a preceding observation. It makes assessing several consecutive interviewees particularly challenging. After a series of disappointing interviews, the next candidate who is just an average performer can be falsely viewed as an excellent candidate. Conversely, a qualified candidate can be rated much less favourably only because he or she is interviewed after several other outstanding candidates.

People tend to be over-reliant on the information that is most readily available for them to recall. This effect is particularly troublesome in unstructured interviews because the candidates’ responses are normally not recorded carefully.

Consequently, the hiring managers will need to rely on their memory to make decisions. The candidates’ special or unusual aspects are easier to remember and therefore will unfairly influence the conclusion. For example, one memorable limitation could create a highly unfavourable perception towards an applicant even though in reality that limitation is not significant.

This bias is the tendency to expect an individual of a group to have certain characteristics you associate with that group. Some typical examples of this bias are:

1) Male candidates are better than female counterparts for technical jobs.

2) Women are more suitable for administrative positions, and

3) A creative graphic designer will dress like a hipster.