You Probably Already Know Most Job Interviews Are Unreliable. But Why?

Job interviews are arguably the most beloved employee selection tool. They are so widely used that interviews are synonymous with the hiring process. However, most job interviews are unstructured and prove to be unreliable and ineffective. That is, they fail to predict actual employee performance. 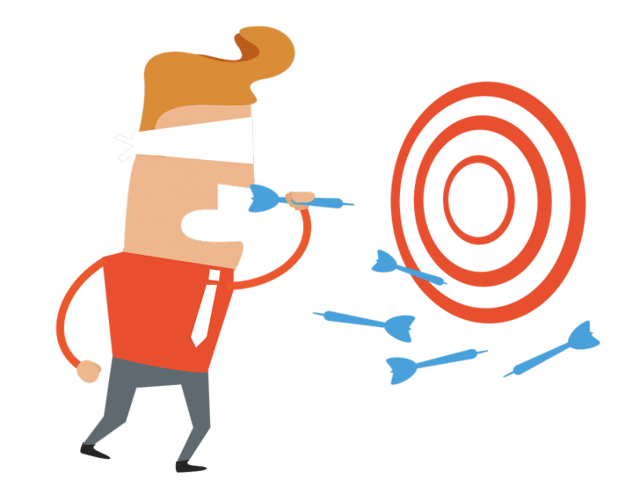 Many studies have shown that there is little relationship between candidates’ performance in interviews and subsequent on-the-job performance.

Most job interviews are unstructured and open-ended. The questions are not standardised, so each candidate may be given a list of completely different and randomly chosen questions. More important, there are no objective and systematic standards to assess the responses.

An interviewee’s performance is rated solely based on their interviewer’s intuition and personal preferences. Without a doubt, HR professionals love traditional unstructured interviews. They have, however, been scientifically proven to be ineffective for quite some time.

Interviews are terrible at predicting performance

In a ground-breaking meta-analysis (the statistical procedure for combining data from multiple studies) published in the Psychological Bulletin in 1998, Frank Schmidt and the late John Hunter analysed 85 years of prior research on how well different selection methods can predict on-the-job performance. Out of 19 methods, the commonly used unstructured interview came in ninth. 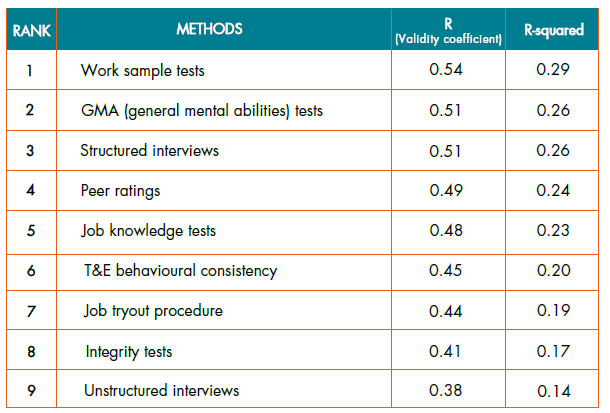 The R-squared value of 0.14 indicates that unstructured job interviews can explain a mere 14% of (variation in) hired employees’ actual performance. The higher a method’s R-squared is, the more predictive power that method has. Consequently, hiring the right people is practically a hit-or-miss matter if the hiring managers rely on unstructured interviews only.

Unstructured job interviews are unreliable and ineffective because they are influenced by the interviewers’ biased and subjective judgements. Even though HR professionals tend to believe they are good at judging people, they are, in fact, subject to a variety of cognitive biases that hinder their ability to make fair and accurate decisions.

Research has shown that structured interviews and other assessment tools, such as cognitive ability tests or personality tests, are superior to traditional unstructured interviews with respect to hiring the right people. Nonetheless, the HR professionals’ resistance to moving away from their much beloved tool means organisations still rely on a selection method that does not work.