Adapting to economic globalisation: From VAS to IFRS accounting

Globalisation has made the transition from VAS accounting to IFRS accounting a pressing issue for many organisations. It does not only apply to global companies operating in Vietnam but also to Vietnamese companies with foreign capital investment, which helps increase mutual understanding and trust for foreign investors, who do not have an insider’s knowledge of VAS. 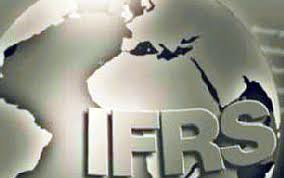 Why are companies not yet willing to adopt International financial reporting standards IFRS?

Why should companies be more open to IFRS adoption?

The transition from VAS to IFRS requires that new concepts be established and old concepts be changed. Companies moving from VAS accounting to IFRS accounting will have to equip themselves with the necessary knowledge to handle transactional information for detailed records and disclosures, as more strictly required by IFRS. Although this takes time and effort, adopting IFRS will lead to many benefits. Under the consistent financial reporting standards of IFRS, company’s financial position is reflected more accurately and consistently, allowing worldwide managers and investors to make better decisions. Furthermore, using IFRS accounting can help companies have a better understanding of its value in the global market. This is especially beneficial when it comes to mergers and acquisitions, comparison with competitors, forging cooperation with foreign partners and attracting foreign investors.