The Big 5 Personality Traits and What They Mean

Have you ever wondered whether the current job is suitable for you? The Big Five Personality Traits (or the Five Factor Model) can help answer this question. It is a theoretical background used to analyse and understand the general components of our personality that seem to be the most crucial in the workplace and our daily life. 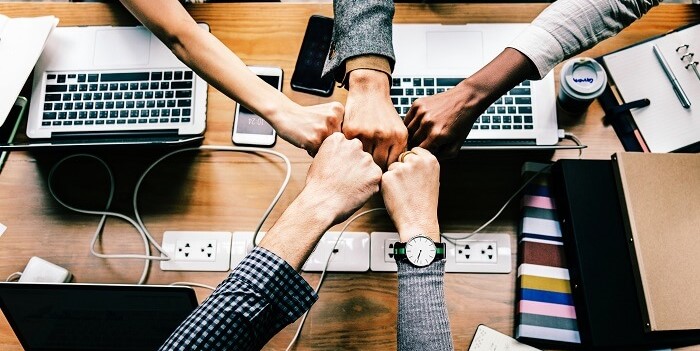 What are the Big Five Personality Traits?

The Big Five Personality Model is a crucial tool to assess the different personalities of a job applicant and determine whether or not that applicant is a good fit for a specific job or a company. The five core personality dimensions are extraversion, agreeableness, openness, conscientiousness, and neuroticism.

The Big Five Personality Model is the result of several independent research which was done back in the late 1950s. But the model as we know today didn’t begin to take shape until the 1990s.

There are several derivations to the model, such as “The Big Five” by Lewis Goldberg (a researcher at the Oregon Research Institute) which has been credited and considered to be an accurate and respected personality scale. The model is now used in a majority of businesses as well as in psychological research used.

Each dimension of the Big 5 Personality model represents a wider range of behaviours. Human resource professionals often use the Big Five Personality Traits to support the employee’s development.

This characteristic focuses on imagination and insight. People with this trait tend to feel curious about everything around them. Equally important, they are extremely creative, open to try new things and focus on tackling new challenges.

While people who score high in this trait have a habit of being more adventurous and creative, low score individuals often have a tendency to be much more traditional and can resist new ideas.

Read more: Don’t let the fear of being wrong holding you back

Words to describe this trait are thoughtfulness, good impulse control, and goal-directed. If you are highly conscientious people, you are apt to be organised, mindful of details, take time to prepare, prioritise tasks according to their importance, and enjoy having asset schedule.

In contrast, low conscientious individuals dislike structure and schedules, do not care about things, and fail to return things to their original positions.

Extraversion (or extroversion) is estimated by excitability, sociability, talkativeness, assertiveness and high levels of emotional expressiveness.

Being a high extraversion person means he/she is outgoing and energetic in social situations, enjoys being the centre of attention, likes to start a conversation and feels active when they are around other people.

On the contrary, a low degree of extraversion person tends to be more reversed in public, feels exhausted when he/she has to socialise a lot, finds it difficult to start conversations and also likes to carefully think things through before speaking.

Trust, altruism, kindness, affection are the fundamental characters in agreeableness. In other words, this dimension measures how well you get along with other people. Are you considerate, helpful and willing to compromise?

These individuals are often friendly, cooperative, and compassionate. People with low agreeableness may be more distant and have limited attention to other people’s problems.

Or also known as  a measure of emotional stability. When someone is neuroticism, they lean towards sadness, moodiness, and emotional instability. People get a high score on neuroticism often experience unstable emotion and negative emotions.

The functions of the OCEAN score?

For your job:  the scores are used to determine the best-suited role for you. For instance, if your current position has a lot of pressure, you probably feel stressful and nervous.

The cause stems from your personality does not suit the kind of job you have, thus, making you feel strained when you need to reach set targets or tight deadlines. In this phenomenon, you can use your OCEAN results to identify a new role, or a new career, that would fit your personality.

For recruiting: the recruiters use the test to help accurately classify how well the potential candidates will suit a particular position and the organisational culture. For example, you look at the position’s responsibilities and wonder would it suit a team player or someone who’s capable to work independently, thus, you can determine your candidate's suitability for this position or not.