Omni-channel Retailing – The Ultimate Race of the Top Retailers

Since 2003, the e-Commerce battlefield has been witnessing an expanding invasion of a complicated method of retailing – Omni-channel. During the shopping season in 2013, the traditional US retailers lost two-thirds of the foot traffic compared to only three years earlier. On the contrary, e-Commerce, with the help of Omni-channel, approached $300 billion in sales and became the trillion-dollar industry with double-digit annual growth.

Although young companies and startups are really fast in putting Omni-channel retailing into practice and may have the competitive advantages, larger companies have the resources to make significant changes happen once they realise the potentiality and set their minds in the race. Here are four cases where Omni-channel is applied in large enterprises and how they take full use of it.

Dick’s Sporting Goods and its glorious victory with Omni-channel

Dick’s Sporting Goods has embraced Ship-from-Store from Omni-channel to utilise all of their retail locations. The CEO Edward Stack has claimed that the enterprise implemented “Ship-from-Store” into its chain of more than 500 distribution centres across the USA to bring products to the customers inexpensively and efficiently.

Seeing the benefits from the Ship-from-Store method, Michele Willoughby (EVP Inventory, Supply Chain and e-Commerce at Dick’s) stated that Dick’s retailers don’t have to deal with the out-of-stock online situation again. Specifically, it increases inventory turns by fulfilling online orders with items sitting on the shelves in the stores. Moreover, it enables the connection between online customers and any retail location, cuts down delivery costs, and enhances speed to compete in the market.

Omni-channel and Ship-from-Store at Macy’s

Three years ago, Macy’s announced their plans to get rid of physical distribution centres and replaced them with the Ship-from-Store. CEO of Macy’s - Terry Lundgren answered the press, “We no longer need fulfilment centres anymore.” In fact, the number of Macy’s stores with Ship-from-Store increased from 23 to nearly 300 in 2012, with 200 more in 2013, and the total of around 800 in 2014.

By spending more budgets on the Omni-channel system, Macy’s is able to place products online after removing them out of their physical stores. Consequently, online orders can be taken care of and shipped to customers from the nearest store, keeping the promise of fastening the purchasing process of Ship-from-Store. Said Lundgren, “Omni-channel is full of opportunity for us, as we continue to get better at servicing the customer.” 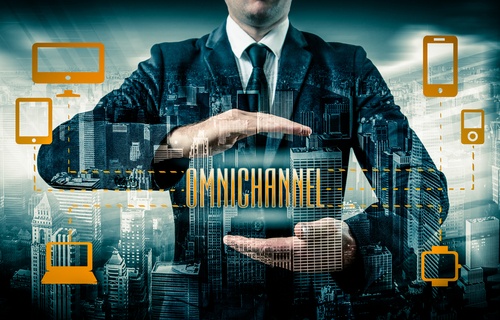 Wal-Mart and the Omni-channel strategy

Not surprisingly, Wal-Mart has entered the Ship-from-Store race, using their stores as a competitive mean to provide a more cost-effective delivery of online orders. Joel Anderson, President and CEO of Walmart.com, explains Wal-Mart owns the most comprehensive chain of stores in the USA, giving them a head start on the shipping costs and delivery speed game compared to competitors, like Amazon.

Read more: Beyond the Amazon Deal - How Whole Foods Reinvents Itself with a Cloud Retail Suite

“It is really efficient to use our stores,” Anderson said. Actually, Wal-Mart has been familiar to Ship-from-Store even before people give a name to it, due to the fact that Wal-Mart staff have been picking up items from stores, putting them in boxes and shipping to customers for years. The only difference is now they use modern technology to work more efficiently.

Obviously, as another retail giant, Best Buy cannot let this e-Commerce trend fall out of their radar. By carrying out an Omni-channel program, Best Buy is competing against Amazon — and winning. Hubert Joly – CEO of Best Buy – has confirmed the deployment of Ship-from-Store in the longer-term supply chain strategy, in order to deliver inventory to customers whenever and wherever with over 400 Ship-from-Store places. By shortening distances and offering almost the same delivery times, Best Buy is forcing Amazon to share the title of “Almighty Retailer”.

Kevon Hills, Vice President of Research at Stella Research makes it clear that Best Buy does not only apply Ship-from-Store but also does it better than anyone. Other enterprises might have Ship-from-Store, but Best Buy has brought the game up to a new level by creating a model which has a huge impact on its business.”

In conclusion, e-Commerce is transforming from Multi-channel to Omni-channel retailing and all the biggest retailers in the world are gradually embracing it to improve their customer’s buying experience. Having a full understanding of Omni-channel is no doubt one of the best competitive advantages for your organisation.

Like what you have read? Subscribe to TRG Newsletters to always stay informed on the latest trends in the business industry!