How Whole Foods Reinvents Itself with a Cloud Retail Suite

The recent Amazon’s US$13.7bn acquisition of the premium organic grocery chain Whole Foods Market (Whole Foods) has already generated a lot of media buzz. While this deal will, without doubt, reshape the retail industry for years to come, there is another ongoing story worth mentioning: how Whole Foods has been completely transforming its IT systems.

The ups and downs of Whole Foods

Whole Foods has grown from a single store with just 19 people in Austin, Texas in 1980 into a chain of more than 430 grocery stores selling high-quality organic and natural foods to an affluent and loyal customer base. The company posted revenue of US$15.3bn in 2015.

The company’s success has contributed to the explosive growth of the market for healthier and more eco-friendly grocery products. Whole Foods’ future seemed so bright until the company became a victim of its own success.

Today, Whole Foods is struggling to fend off rivals from all directions. Everyone from supermarket giants like Wal-Mart and Costco to regional organic grocery chains and even start-ups is rushing into the lucrative segment that Whole Foods invented.

Most of the competitors succeed in doing by keeping their price tags lower than those of Whole Foods, whose nickname “Whole Paycheck” was earned for an obvious reason.

In September 2015, Whole Foods announced a layoff of 1,500 employees. In October, the company Co-CEO Walter Robb admitted that the business was “challenging and choppy at time…and it’s not robust” in an interview with Fox Business.

Whole Foods’ shares in November that year were almost 50% lower than they were in February, and it was announced that Walter Robb would step down as Co-CEO at the end of 2016.

The era of omnichannel retail

The ups and downs of Whole Foods are further proof of how volatile and competitive the retail industry is. And it is getting even more complicated as technology is blurring the line between online and offline retail.

Traditional retail chains like Wal-Mart are moving ever-aggressively into the online business while internet giants like Amazon are establishing their footholds in the physical world.

Technology also empowers consumers with more convenience and choices than ever before. Retailers who cannot keep up with consumers’ ever-higher expectations are destined to fail in this digital era.

Whole Foods has seen the writing on the wall and realised it would not be able to cope with these challenges without a complete overhaul of its underlying IT platforms.

The endeavour started around 2013 when Whole Foods took an overall look at its technology landscape and determined if it could support the company’s future growth. It was found that up to 90% of the existing IT infrastructure, which was made up of a dozen disjointed legacy systems, needed to be replaced.

Replacing almost the entire IT platforms of a multi-billion dollar enterprise is nothing short of spectacular. Unsurprisingly, Whole Foods has taken a somewhat unorthodox approach to pull this off.

Rather than shop around for off-the-shelf software, Whole Foods joined force with Infor, one of the market-leading enterprise software vendors, to develop a next-generation ERP system for retail.

One of the key reasons Whole Foods opts for this approach is that the company does not want to get stuck with outdated technologies found in the legacy solutions. The new system is replacing the existing home grown ERP which comprises 12 different instances for different regions. So if one change, for e.g., a price change, is made on the old system, it has to be performed 12 times.

The new system is, therefore, expected to achieve US$300 million savings by 2017 thanks to greater efficiency. More important, as Whole Foods CIO Jason Buechel said at a conference in 2016, it is “changing the way that the company does business.”

The key areas for improvement identified by Whole Foods are category management and merchandising, waste reduction, and providing consumers with full visibility about its products.

Achieving the right level of perishable inventory is one of the biggest challenges for grocery retailers. A study by Blue Yonder found 46% of grocery managers rely on gut feeling when it comes to replenishing their inventory.

For Whole Foods, reducing waste not only makes a lot of economic sense but also is crucial in maintaining an environmentally-friendly brand image. A centralised backend system, coupled with advanced data analytics, would allow Whole Foods to better forecast inventory and demand across all of its stores.

But from a practical standpoint, why would Whole Foods customers care about a new and improved backend system? In fact, a more streamlined and transparent supply chain can positively influence the buy decisions of Whole Foods customers, who follow a healthy and eco-friendly lifestyle.

A customer can, for instance, pick up a cauliflower and have access to detailed information from the supplier about where and how it was grown. Such information would be available whether the customer is shopping in a store, online or using a mobile app. And if the customer buys that cauliflower, the system can make sure it is replenished properly.

The solution to all of those challenges is a cloud-based retail management system with a strong focus on advanced data analytics. The transition to the cloud is essential to bring all information from fragmented systems into one single source of truth.

The million-dollar question is why Whole Foods trusted Infor with such a critical project. What can Infor possibly bring to the table that other major business software providers cannot?

Analytics at the forefront of retail reinvention

“Retail is a really data-intensive industry,” said Jason Buechel. And advanced analytics capabilities, such as predictive analytics, will enable Whole Foods to leverage that massive amount of data to better understand and serve their consumers, regardless of whether they shop in-store, online or using a mobile app. And Whole Foods can count on Infor Dynamic Science Lab for such solutions.

Infor Dynamic Science Lab (DSL) is where the latest advancements in data science are combined with business insights to solve the most pressing problems that Infor’s customers are facing today.

Solutions to Whole Foods’ supply chain challenges are among DSL’s major priorities. One notable breakthrough is finding the way to offer discounts without affecting profitability. The key is to identify products that are often bought along with other items. So when these products are discounted, customers actually spend more in total. DSL developed a measurement called ‘attachment score’. The higher the score of a product is, the more the customers spend in total when they buy that product. Interestingly, mushrooms have the highest attachment score.

In 2016, Infor went a step further by acquiring Predictix, a vendor specialised in cloud-based analytics software for retail. It applies Big Data and machine learning to solve retailers’ forecasting, planning, and optimisation problems.

Whole Foods is also among Predictix’s big-name customers and so the acquisition would ensure even tighter integration between Predictix’s software and Infor’s core solution.

In addition to the partnership with Infor, Whole Foods can also leverage latest advancements in analytics from Amazon. Recently, the internet giant has been investing heavily in machine learning in order to tackle the toughest retail’s challenges.

Undoubtedly, the true challenge lies in understanding and managing the entire supply chain – from when the suppliers grow and harvest their produce, to when the produce find their way into customers’ carts. And this is one of the reasons Infor acquired GT Nexus in 2015 in a US$675 million deal.

GT Nexus is a provider of cloud-based supply chain management software. Its solution allows for a holistic, singular view into the entire value chain and creates a collaborative platform for all enterprises participating in that chain – suppliers, shipping companies, distribution centres, retail stores, etc. It can be integrated with ERP systems to manage and optimise the flow of information, documents, payments, and goods across all supply chain functions.

Given the fact that 60% of GT Nexus revenue is coming from customers in the retail sector, the acquisition plays a crucial role in Infor’s attempt to create a true omnichannel retail management suite.

In a strange twist of events, moving to the cloud has made Whole Foods a client of Amazon Web Services (AWS). That is because Infor chooses AWS to be the third-party infrastructure service provider for its cloud-based solutions rather than develop its own cloud infrastructure.

Of course, when Whole Foods announced the partnership with Infor in October 2015, there was genuine concern about putting all information in the hands of such a formidable rival. Nonetheless, Whole Foods was reassured that Amazon does not have access to the data.

Furthermore, AWS simply is the best cloud infrastructure platform in the world, and far larger than any of its competitors. This choice makes even a lot more sense now when Whole Foods will soon be a subsidiary of Amazon.

The co-development project with Infor is actually just one part of Whole Foods’ complete IT overhaul. The company also implemented a new HR management system in 2015 that automates many key processes like scheduling, learning, and recruiting.

Additionally, Whole Foods is renovating its POS (point-of-sales) platform, moving from 4 outdated POS systems across 7 instances to a single solution called One POS. This unified platform will allow Whole Foods to make price changes almost in real-time, and to offer personalised promotions, discounts, and rewards to customers.

Other recent initiatives include being “the first national supermarket to accept Apple Pay” in 2014, and partnering with the grocery delivery company Instacart to provide home delivery service to customers. Additionally, Whole Foods customers can place online orders via Instacart and pick them up at nearby Whole Foods stores. The BOPIS (buy online, pickup in-store) fulfilment method has gained traction among prominent brick-and-mortar chains in recent years as they are rushing to embrace omnichannel retailing.

All that said, the core ERP system co-developed with Infor is still the “most transformational project,” as described by Whole Foods CIO Jason Buechel.

Subscribe to our Blog to stay updated with current changes in the Retail Industry. You can also request a Demo of a next-generation Retail Management Suite. 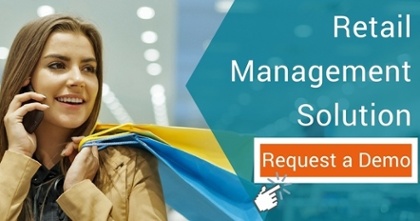 Whole Foods is replacing up to 90% of its systems – strong focus on cloud and data. Diginomica. June 2016. diginomica.com/2016/06/24/whole-foods-is-replacing-up-to-90-of-its-systems-strong-focus-on-cloud-and-data

The Data Scientist Breaking Down Barriers at Infor. Signal for Progress. Jul 2016. signalforprogress.com/the-data-scientist-breaking-down-barriers-at-infor-3215d5ac03a9