Why Should You Adopt Succession Planning Today?

Great leaders are the backbone of any organisation; but at some point these key incumbents will depart and leave behind vacant critical-mission positions that need to be filled. That is why succession planning is of utmost importance. By honing your talent to their full potential beforehand, you build a leadership bench strength that is ready for coping with any challenge and responsibility.

Rather than simply filling the vacancies with outsiders, organisations should seek in their talent inventory for someone who is both in-the-know and sufficiently competent to shoulder the leadership responsibility. 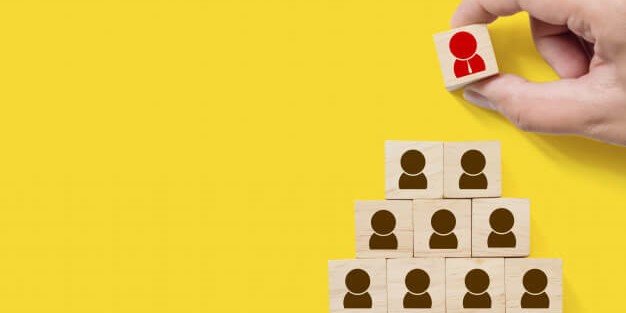 What is succession planning?

Succession planning refers to a talent solution, whereby a chosen few with leadership potential are continuously provided with extensive mentoring and training. This means they will be on standby for future leadership roles. Proper succession planning is critical to ensure that there is a pool of sufficiently competent talents, to take on mission-critical positions whenever a key leader departs.

Yet too often, the term “succession planning” is used synonymously with “workforce planning.”

Workforce planning is a much broader concept, that points to a systematic approach to ensure the current workforce is aligned with the future human capital, needed in order to achieve the organisation's objectives. This function is instrumental to support and augment succession planning and HR decision-making.

Both are to form a singular ending: filling the right people into the right positions, at the right time. In fact, succession planning is a subset of workforce planning. Whereas the latter focuses mainly on identifying and addressing the potential workforce gap, including, either personnel shortages or surpluses. From that, taking corrective measures; the purpose of succession planning is much more confined: naming potential ''successors'' and honing them to their sharpest.

Read more: Succession planning: the FAQs you need to know

Succession planning is for every business

Succession planning is increasingly becoming a priority, especially at large corporations filling critical positions such as CEOs and CFOs is a make-or-break factor.

The power transition of Apple's CEO position 8 years ago is reckoned a prime example of succession planning. In his resignation letter, Steve Jobs, the much-respected founder of this multinational technological giant, said: "I strongly recommend that we execute our succession plan and name Tim Cook as CEO of Apple."

Cook had been groomed for years as a grand candidate for Job's succession plan. Setting aside his failure to fulfil Job's vision that put him under certain criticism, Cook still managed to bring Apple to the Top 3 in Fortune 500 Companies.

It is a widespread misconception that succession planning is so demanding that it is only suitable for corporations with a multi-layered hierarchy. But regardless of sizes, models, and management styles, all organisations face the same trouble in maintaining stability during power transitions. Similarly, they all enjoy the same benefits of a properly executed succession plan. Succession should be a no-risk and high-yield investment.

The disturbance caused by the departure of a key incumbent can create negative effects on not only the business’ operational and financial performance but also public opinion about that business.

In 2011, Hewlett-Packard appointed Meg Whitman to the CEO position, making her the sixth CEO of the famous IT company only within a decade. What surprises is that these six CEOs were not promoted from inside, and the departures amid a cloud of the controversy of the previous five only further highlighted the HP downfall. Repeated failures to find and groom successors from within have turned the once icon of Silicon Valley, into a poster child of poor succession planning.

Succession planning is, without a doubt, an essential component of a human resource management strategy; but how can you convince your CEO to be on board and agree to implement it? Certain benefits should be cited in your proposal:

A proper succession plan is critical to help organisations reduce the lengthy time needed to fill mission-critical positions. Through creating leadership bench strength - a group of high-potential talent in the leadership pipeline, that are constantly mentored and are ready to fill the gap when needed.

Most people would change jobs several times throughout their working life. Succession planning helps engage employees, especially the high potentials (HiPos), as they see a concrete and promising career path that is carefully paved for them.

This can dramatically reduce the HiPos’ turnover rate. Moreover, the engagement between employees and the organisation is greatly enhanced. As the major focus of the plan is to align individual development goals with organisational missions, thus enhancing job satisfaction and, in the long run, employee retention rate.

Another beneficial by-product of this practice is a much deeper talent pool, instead of choosing a few outstanding employees in place, you could develop a pool of talent that could be drawn out to assume key roles.

On the ground that promotion decisions assign a lot of weight to issues that are linked to the organisation’s competitive advantage, a well-conducted succession plan should give the organisation an edge over competitors.

The 5-step approach to a successful succession plan

This is where you sit back with your team to identify each position that needs to be acted on. Key positions vary slightly from firm to firm but at heart, they are those functions that would pose a serious challenge for the organisation to stick to its strategic plan. This could result in its failure to achieve short - and long-term goals.

There are some criteria against which the candidates' competencies could be benchmarked such as job description, KSAs (knowledge, skills, and abilities), or merit criteria.

Shortlist the candidates who are competent for assuming leadership positions by evaluating them against evaluation criteria.

The key objective of this step is to mend the existing competency gap. Shape your plan by defining strategies and incorporating all factors and resources that directly influence performance such as required budgets, clear objectives, course of measures needed to take and people responsible for the plan execution as well as projections of unexpected events.

Different candidates connote different needs, to which the learning and development strategy should be adjusted.

When all is said and done, execute the plan.

Performance could be gauged by constantly examining and monitoring the process. In anticipation of unplanned events, preventive measures should be formulated in advance.